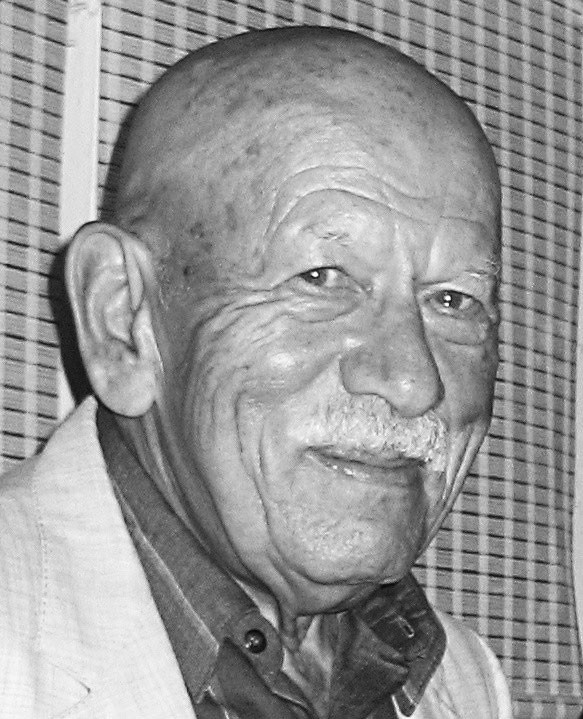 Joseph Baronislaw Singer was born in Kracow, Poland on March 5, 1924.  His relatively genteel family life was overturned in the fall of 1939 when Poland was invaded from the west by Nazi Germany and from the east by the Soviet Union.  As an officer in the Polish army, Joseph's father, Carol Singer, was sent to the eastern front, and the family followed. Carol was taken prisoner, while the rest of the family became refugees behind Soviet lines in the city of Lvov. Carol Singer would be amongst the thousands of Polish officers murdered in the Katyn Forest. It is one of the minor ironies of history that were he to have been captured by the Nazis, he would have been spared (as the Nazis more or less upheld the Geneva conventions concerning captured officers), while his two sons and wife, as Jews, would have perished in the Holocaust, as happened, almost without exception, to the extended family that remained in Poland. Instead the father was killed, while the immediate family would be spared - at least once (another irony) they were rounded up as refugees and transported east. The family found themselves near the town of Sosva in the Severdlovsk oblast, Siberia; and my father, as the elder male had to work cutting hay, unloading barges, pulling logs - and in the winter, as a fireman.

With the Germans advancing, the Polish government-in-exile in England was able to reach an agreement with the Soviet government that all Polish citizens be released and given "internal passports."  With this passport in hand, Joseph decided to move to Jizzak, Uzbekistan, though once he arrived, he discovered that, as a railway town dependent on food from further west, there was considerable starvation.  And so he moved deeper into the interior, which grew its own food, settling in a village called Farish.  As a non-Russian, he was able to win the trust of the local Uzbeks, and find work and a place to stay.  The plan had been that his mother and younger brother, Jerzyk, were to join him, but because of a misspelling in the address, they moved into Uzbekistan without knowing where he was.  Several seasons later, he was to discover that they were in the fabled city of Samarkand, and he joined them, though not for long.  Having heard that the Polish government-in-exile was recruiting Poles in the Soviet Union for the Anders Army, he volunteered, and was transported to British-occupied Iran, and then stationed for several months in Iraq, where the Polish army was to keep the lid on a restive population.  It was here that he volunteered for the air force, and because of his mathematical skills,  it was decided that he should be a navigator.

After traveling to Basra, into India and across the Cape of Good Hope, he received the first leg of his training in England, and the second, more important leg, in Malton, Ontario. It would be his first taste of Canada.  For the last few years of the war he flew 21 missions over Germany in a Lancaster bomber as a member of the Polish squadron of the RAF, and was awarded a Polish Cross of Valour.

My father received a leave of absence from the air force to study at the University of Glasgow, where he was able to graduate with a Bachelor of Sciences and a diploma in architecture. It was only in 1948 that he heard word from his mother and brother.  She had caught typhus, during which time Jerzyk had been placed in an orphanage, and then smuggled into Israel. She had survived, and briefly returned to Poland after the war, before she too went to Israel.

It was on a boat trip to meet his family in 1950 that he met the woman who would become his wife of 63 years.  With the publication of his book, Plastics in Building, he was able get a job in England with the Herfordshire County Architects Department, a prestigious firm pioneering in innovative techniques and designs.  He, however, wanted to be on his own, and in 1954 moved his wife and first-born to Canada, where two more sons would be born. For the next 50 years he designed many buildings in the Hamilton area, including the Adas Israel Synagogue and Shalom Village Nursing Home. In the years prior to his retirement, he also worked as the head of the buildings and maintenance department for the Hamilton Board of Education, which was then housed in a building of his design.  Joseph Singer died at the Hamilton General Hospital on April 1, 2013.  He is sorely missed by his wife, Emmy, his three sons, Brian, Danny and Alex, their spouses, Constance, Sandra and Jody, as well as his seven grandchildren, Ben, Nathan, Jacob, Zachary, Hannah, Kayleen and Isla.