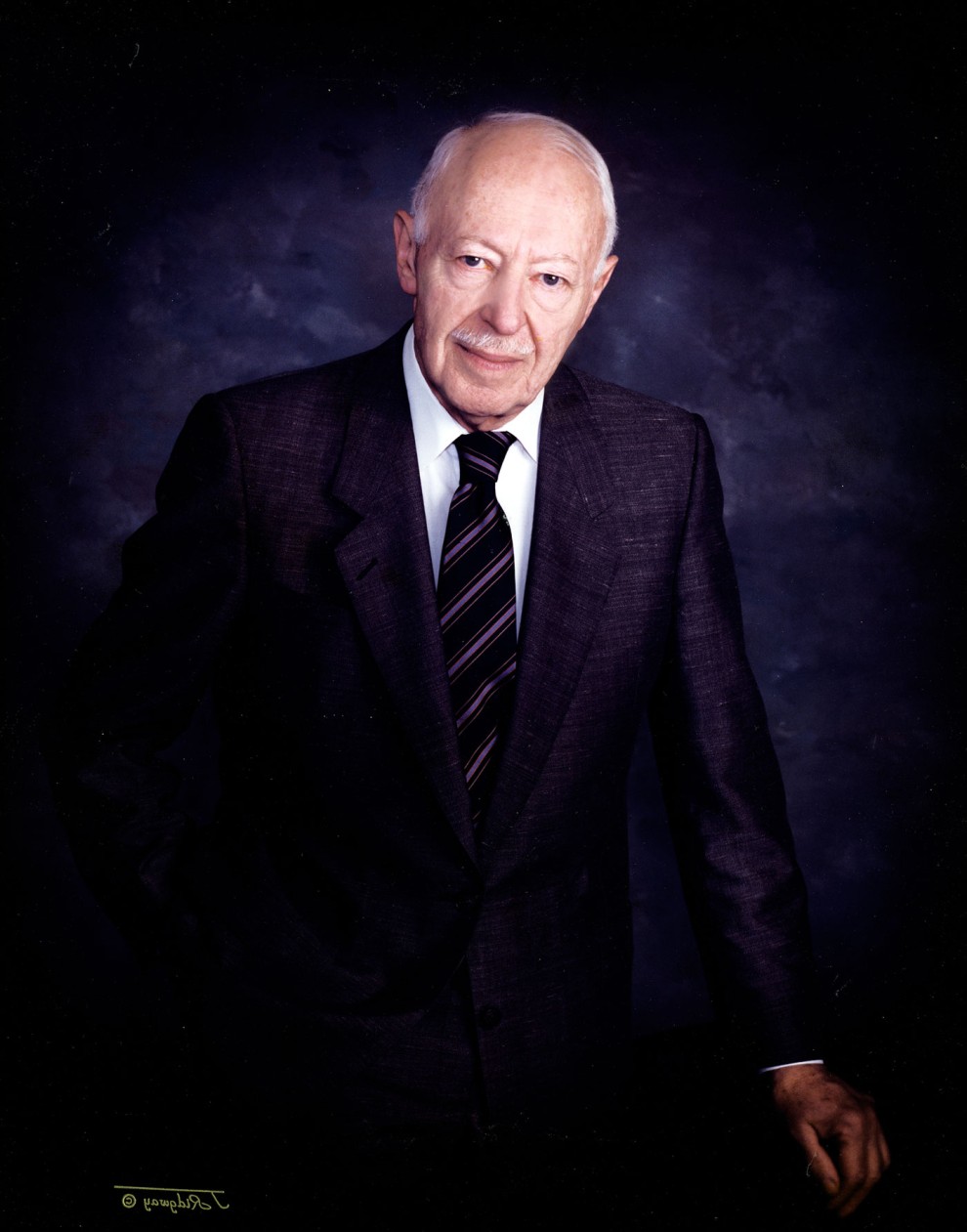 Synagogue president is one of the toughest jobs in the Jewish world, usually coming with little praise and a double dose of criticism.

Temple Anshe Sholom, Hamilton’s first synagogue and the oldest Reform congregation in Canada, will try to balance that old formula on Oct. 4 in a gala event dubbed Past. Presidents. Future.

The fund-raising evening will also mark the 100th birthday of Rabbi Bernard Baskin. He held the Anshe Sholom pulpit for a record 40 years, the longest tenure in the synagogue’s history.

Originally designed as a gala dinner at Hamilton’s largest, banquet hall, the arrival of a miserable little bug called Covid-19 has forced the entire affair online.

Over the Temple’s 170 year history 44 men and four women have taken on the job of steering the institution through periods of growth, decline, building and reshaping.

The job can be so demanding that neither of the two men who currently share it would agree to take it on his own. Acknowledging the people who have provided such leadership, they say, is long overdue.

“Volunteers are a unique group of people, but our presidents take on an entirely different kind of responsibility and we have never celebrated that,” said Yves Apel, co-president now with Mark Levine.

“Being president is like a third level Jewish ninja. It needs stamina, intensity and tact. There is no textbook, so you have to learn on the job,” he added. “It takes a really special person to step up for that and that’s who we are celebrating.”

“Until I assumed this mantle I didn’t really understand how much work this is,” Levine said. “It’s almost a full-time job because we have to be hands-on managers as well as strategy people.”

Anshe Sholom’s roster of presidents includes four women as well as doctors, several lawyers, business owners, real estate brokers, academics and accountants. For 22 of those presidents, leading the congregation has been a family affair, including two father-son tenures, one father-daughter presidency and several who followed in the footsteps of uncles or brothers-in-law.

There’s brothers Carl and Dave Loewith, who operate a dairy farm on the outskirts of Hamilton and brothers Louis and Harold Minden, father-son Albert and Jay State and Dr. Nicholas Sole and daughter Louise Sole Rotman. She was also the first woman to head the congregation.

Anshe Sholom’s roots go back to 1850, almost two decades before Canada was even a country. That’s when Hamilton’s 13 Jewish families started gathering in each other’s homes to lay the groundwork for a communal life.
They were all German – so German in fact that they kept their early records in that language. Most were merchants who had arrived in Canada looking for a life free from prejudice.

The group eventually named itself the Hebrew Benevolent Society Anshe Sholom of Hamilton. In 1863 the Jewish Congregation Anshe Sholom was incorporated. The first synagogue was over a downtown store, but in 1882 committees were formed and money was raised for the first Temple on Hughson Street South. That building served until 1952 when it was replaced by the present structure on Cline Avenue North.

Edmund Scheuer, often called the Father of Reform Judaism in Canada, was one of the first presidents. He came to Hamilton in 1871 to join his brother-in-law Herman Levy’s jewelry business. In 1873 at age 26, he was elected president of the Temple and held the position for the rest of his 15 years in Hamilton.

Among the Temple’s 14 religious leaders, names such as Emil Fackenheim. who went on to a distinguished career as a professor of philosophy at the University of Toronto and Arthur Feldman, who was a scholar in his own right and a great personal friend of Sigmund Freud, stand out. The name towering above all others, however, is Bernard Baskin.

During his 40 years in the pulpit it fell to him to lead the congregation through two building campaigns, periods of growth and decline and struggles to redefine the nature of Reform Judaism for a world unimagined by his predecessors.

Those struggles included wrestling with questions such as what degree of kashrut would be observed, would men cover their heads during worship, what roles would the non-Jewish spouses of members be permitted to play in the life of the Temple, would gambling be an acceptable way to raise money and how could a younger generation be kept interested in the faith of their parents.

The event will be hosted by veteran broadcaster Ralph Benmergui.

Tickets for exclusive access to the streaming event, and for sponsorship and donation opportunities, are available at: www.pastpresidentsfuture.ca or by calling 905 528-0121. Ticketholders will receive an email with access information prior to the event.