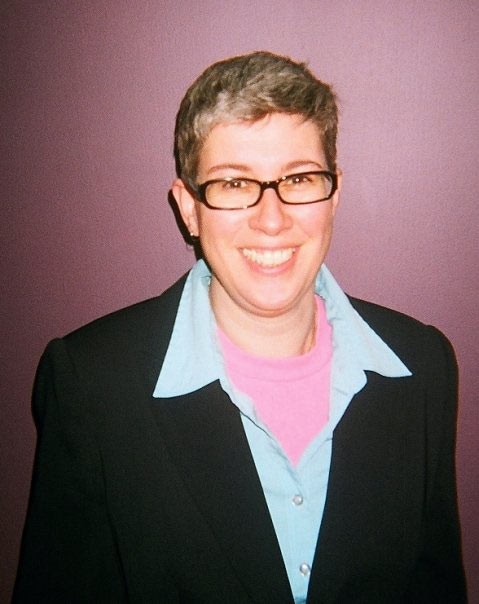 A true high holiday story and delicious recipe in loving memory of my wonderful talented gourmet parents, Shirley Cohen (1936-1990) and Saul Cohen (1929-2012) of Hamilton Kosher. For a perfect multimedia experience, read this story while playing “Autumn Leaves” by Nat King Cole or Chet Baker on YouTube and eating the cake I’ve described below.

When I was growing up in Hamilton, there were always special cakes and special foods for every Jewish holiday and occasion. My parents were early ‘foodies’ renowned for their kosher Jewish gourmet cuisine at Hamilton Kosher and at home, where our holiday meals with family and friends were loving, lavish, and legendary.

In those days, before anyone cared about cholesterol or calories, people would have third helpings, and the holidays were always my parents’ finest hour.  For as long as I can remember, I would watch gourmet cooking shows with my mother, including The Galloping Gourmet, and Julia Child, and she would clip and customize recipes from all the women’s magazines, including Cuisine and Gourmet.

I can still hear my mother joking with me in our perpetual seats at the Adas Israel, during long high holiday services, as she passed Chiclets and Kleenex to us while we sat stiffly in our shiny new dress shoes and pressed holiday outfits. Mom would occasionally get me in trouble with sanctimonious souls who shushed me, after she made me laugh long and loud at her jokes that she’d really rather be having a root canal, complete with dental and drilling sounds. I would amaze Mom at my ability to find our place to the word in the prayer book, the moment we walked in.

Our HHA tuition was well spent.  I’m sorry that I took as many breaks from the sanctuary as I did, and didn’t spend more time sitting and joking with Mom, who sometimes held our family fort in Row V alone. I miss her conversation more than anyone’s.

I can still see my father’s radiant smile in his suit and bright white tallis when he’d come to the women’s section to visit with us and confirm travel arrangements to and from shul, and be greeted warmly by our family and his women customers in the neighbouring seats.

There was an aura of haimishness and holiness in our house, at the butcher shop, around the holiday table, and in our high holiday preparations, which usually began in August of each year -- shopping for our high holiday outfits, back-to-school preparations, amid my usual anxieties about passing exams scholarly and spiritual at the Hamilton Hebrew Academy and Adas Israel.  I was always more interested in sports and school supplies than the latest fashions, yet was always pleased by my parents’ surprised smiles when I appeared rather elegantly and presentably for shul after all.

My mother was a true mid-20th century suburban Jewish mother and homemaker, who regarded her role as a profession, and excelled in it. I have written in the Jewish Women’s Forum in 1994 that, although my generation of women has tended to pursue work outside the home and equal participation within the shul and Jewish life, the contributions of our traditional mothers and grandmothers to Jewish life and culture in the home are at least as important to Jewish continuity as the more public contributions of men in Jewish synagogue and communal life and ritual, and that women’s contributions need to be re-valued and celebrated.  As Gertrude Stein once wrote during the Holocaust and World War II, “There is altogether too much fathering going on.” Who celebrates the Jewish mother? We all should.

Mom ruled the home, and Dad ruled the butcher shop. Mom’s large North American sedan would navigate the streets of Hamilton on set routes to school, shul, the butcher shop, shopping centres and grocery stores, drycleaners, bookstores, pharmacies and fruit markets, with occasional stops for our dentist and medical appointments. Mom claimed the car knew the way by itself, and until she got glasses, she was convinced that she couldn’t read Hamilton’s road signs because of Steeltown smog. “Why is this city so dirty?” she’d ask.

I came home from shul one day when I was 10 and raved about the honey cake I had tasted.  Mom found a recipe (copied below) and customized it just for me. That was their way – my parents would watch and listen for our yearnings and talents, and then surprise us by exceeding our wildest dreams.

Mom would pack our nutritional lunches for school and summer camp with huge slices of homemade cakes -- Sour Cream Coffee Cake, Marble Cake, Chocolate Applesauce Cake, Apple Cake, Date Squares, and then her famous Courvoisier Honey Cake.  We were legendary with our friends for our delicious snacks on the starving late HHA school bus route home.

By the time I was in high school, Mom’s Rosh Hashana Honey Cake was an institution.  No high holiday season was complete without it, and it made for a perfect breakfast in one’s suit with coffee before shul, and a perfect dessert at our holiday meals. She would use a Bundt pan and loaf pans and bake at least half a dozen by mid August of each year.

I would return home from summer jobs and find the house filled with the maddening ambrosial smell of honey, spices, cognac, and fresh baking. To my salivating enquiries, Mom would reply, “Don’t get excited. They’re already in the freezer for yontiff. But if you move fast, you might find a few crumbs in the kitchen.”

Mom and Dad didn’t drink but kept a stocked bar for guests. One day Dad came home from the butcher shop and found his bottle of Courvoisier cognac nearly empty. “What’s this?” he asked my mother, “Have you taken up DRINKING?” Mom replied, “No, it’s for baking!” “Baking??!” my father exclaimed, “You can use any old hooch for baking!” With her hands on her majestic Jewish hips, Mom replied, “Saul, I would not bake with any liquor I would not be pleased to serve to my friends.” Dad acquiesced, Mom ruled the house, and she was right!

After Mom died suddenly in 1990, we grieved terribly yet lived for six months on cakes she had previously baked and frozen for company. The house was full of recipes she had clipped from magazines and intended to cook and customize for us. But we couldn’t find her own recipe notebook in which she had handwritten her customized recipes back to the 1970s, from their lavish dinner parties and holiday meals when haute cuisine began to come to our suburban neighbourhood in Dundas. The cake was lost. The holidays were always hard without Mom, but losing that cake seemed an especially cruel blow.

And then, a miracle happened. In 2006, as we were clearing out our family home in Dundas for sale, I found Mom’s recipe notebook, in her perfect cursive blue ballpoint handwriting, in the back of a cabinet on top of the pantry. My hands shook. It was like a letter from Mom, like the time I found an old engraved family Rosh Hashana greeting card from the 1970s, in white and gold foil paper, from my grandfather’s print shop, wishing all our friends and family shalom, health and happiness for the New Year. And we still do.

I have never been a baker, and have always been more of a convenience cook than a gourmet cook, and was busy with my studies, work, and advocacy and charitable work in the community.  All of us have to make our own way in Judaism, and my synagogue egalitarianism, Jewish studies, social action, charity and advocacy were different from my folks. But some things stay the same. High holidays for me are not the same without my annual pledge to the Hamilton Hebrew Academy, whose lessons and teachers and classmates still inspire me, and I remain passionate about Judaism and Israel. Nevertheless, as a true daughter of Hamilton Kosher, my Shabbat and holiday dinners in Toronto were legendary, and my friends said, “This is fantastic. This is home. You can’t find this food anywhere else.”

I wrote an early version of this story on Facebook and posted the recipe for my friends around the world. Some shared it with their mothers, who were my Mom’s dearest friends, here in Hamilton, and who became very emotional at this loving memory of my parents. True to form, my HHA alumni pals baked the cake in memory of my mother. Some foodies asked whether they might customize it with a dusting of icing sugar or a glaze. I said, “It’s yours now, do with it as you like, in memory of Mom.”  My friends in Israel told me that it was the hit of their lavish holiday spreads, the favourite of their guests, and the first to go!  I hope you like it too, with best wishes for a Happy and Healthy New Year, from all of us to all of you. Shana Tova.

Combine eggs, oil and sugar.  Beat in bowl until fluffy.  Beat honey into the mixture.  Combine with half of the hot coffee and orange juice.  Add half of liquid mixture and blend.  Blend in one cup of the combined dry ingredients.  Alternate the liquid and flour mixture.  Beat well.  Add the liquor.  Carefully fold in raisins.  Pour into two lightly greased loaf pans or one Bundt pan.  Bake one hour at 325 degrees F.  (Mom notes she omits orange juice and doubles the coffee.)

Joanne Cohen is a proud HHA graduate (Class of ‘77), a human rights advocate and advocate for Israel and Jewish interests, consultant, writer, researcher, and musician, now working on a political memoir invited by an academic publisher. She is very happy to be living in Hamilton again, has played and sung Jewish and Israeli music live to the kids at Camp Kadimah, and writes Jewish Canadian and liturgical music about home, community, and our beautiful landscapes in the Dundas Valley.