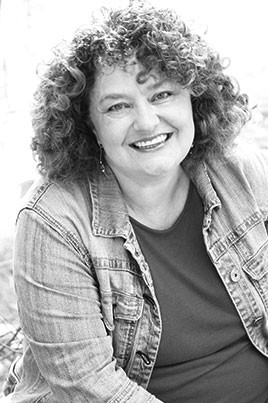 Last September, I was honoured to receive the 2020 Governor General’s History Award for Excellence in Teaching. The award recognized me for directing my Buchanan Park Public School students in a production of Brundibar, a children’s opera written by Jewish Czech composer Hans Krása, and performed more than 55 times during the Second World War in Theresienstadt.

My students performed an abridged version of Brundibar last June in a production that combined their vocals and illustrations with archival photos of children in Nazi-occupied Europe, and actual footage from a 1944 Nazi propaganda film of children performing the opera in Theresienstadt. (Almost all of the featured children and adults were subsequently deported and murdered in Auschwitz.) The general consensus among Holocaust educators is to not teach the Holocaust to children under the age of eight, but I was able to adapt Brundibar to the level of my different classes.

Brundibar tells the story of two children who, aided by friendly animals, save their village from the evil and noisy organ grinder named Brundibar. My Kindergarten to Grade 3 music students studied a picture book version of the story, written by Tony Kushner and illustrated by Maurice Sendak. I also taught them songs from the opera. With Grades 4, 5 and 6, I also covered the historical context of the opera.

These students watched the 1944 Nazi propaganda film, a contemporary propaganda film and studied Kathy Kacer’s historical fiction novel, Clara’s War. They also wrote to a Theresienstadt survivor, asking him further questions about the camp and life after the Second World War. I never showed my students any concentration camp images, as I did not want to cause any trauma. When students asked for more details, I would answer in a simple, straightforward manner or suggest that they discuss their questions with their parents, all of whom were aware their children were studying a Holocaust-related opera.

I’ve produced operas at Buchanan Park for 26 years and have never shied away from tragic content. I never “Disneyfied” operas and my tiny Carmens, Aidas and Romeos died on stage. But these operas depicted the death of adults in a fictional setting. How could I teach my students about an opera performed by children who were brutally murdered in real life? It’s been my experience that, in exploring what occurred during the Holocaust, children make connections with present-day prejudices and tragedies.

When I asked the children in my Grade 4/5 homeroom class how they would feel if their parents were taken away from them to an unknown destiny, a boy from Syria spoke up.

“My father was taken away by men with guns and I didn’t see him for two years,” he told the class. That little boy had never before spoken in class about his own traumatic past, but learning about the Holocaust enabled him to make a connection and share his story.  That empowered other students who were newcomers to Canada to share their stories.

Life can be difficult and brutal and sometimes the discussions we have in class are heart-breaking. But I believe that children need to learn at a young age that bullying, hate and prejudice are not acceptable. They need to learn this before they reach high school, before society has warped their thinking.

Through teaching Brundibar, I have learned that despite the Nazi’s efforts to dehumanize Jewish children, their filming of these dear souls actually humanized them for a group of children in 2020. The final words, however, should go to one of my 10-year-old students.

“Brundibar teaches us to be kind to others and that working together wins the day. Brundibar is part of the larger picture of Hitler’s terrible plot for power. Brundibar has become more important in history because it tells us to never let it happen again!”

Dawn Martens was raised in Hamilton by parents who wrote history textbooks. She is a remote teacher for the Hamilton-Wentworth District School Board. Martens has an Honours degree in History and Art History from McMaster University, a BEd from the University of Toronto, and an MA in History from Western University.