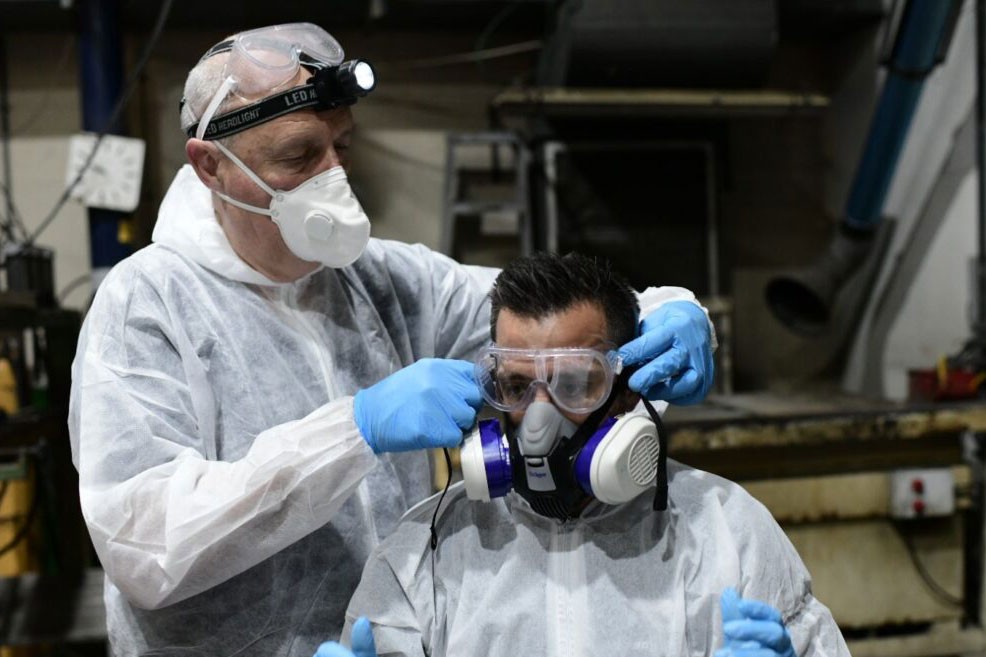 Make no mistake. The coronavirus attacked Israel like a tsunami. Rolling over the Israeli tourism industry,  it swept up the beach and continued into the heart of our country. Israel was set for her most successful tourism year ever. Low cost carriers were bringing in tourists in the tens of thousands. North Americans were flying into Israel in numbers never before imagined. Hotels have been popping up like mushrooms after a downpour. Nobody saw it coming; we had no advance warning.

Israel has endured wars, intifadas, 9/11. We've survived terrorism attacks and had Ben Gurion airport closed for all foreign airlines when the country was beleaguered by missiles. We've seen airlines go bankrupt and cease flying, stranding passengers halfway around the world. Never, though, has the damage that has fallen upon the three Israeli airlines, El Al, Arkia and Israir reached these heights.

When the Israeli Ministry of Health enacted a 14-day quarantine for anyone entering Israel from anywhere in the world, it was a watershed moment. Arkia and Israir ceased all international flights. El Al sent 5,000 workers out of 6,200 employees on a three-month unpaid leave. Try to grasp that — more than 80 per cent of an airline's employees were sent home for three months! Cathay Pacific, which is at the nexus of the virus, cut 50 per cent.

The empty airport conveyor belts are on everyone’s mind. Airlines, hotels and hostels, tour companies, and vehicle leasing companies are all feeling the impact of coronavirus. Some have already responded with layoffs and unpaid leave. The Israel Airports Authority regularly employs 4,000 permanent workers and 2,000 temporary workers, and has already put 1,400 temporary employees on unpaid leave. It might still put others on unpaid leave. Arkia Israeli Airlines Ltd. put 100 of its 550 employees on vacation.

Travel agencies have followed suit, either sending the majority of their staff on unpaid holiday or requesting employees to take a 50 per cent cut in salary. Most of the European airlines have stopped flying to Israel as of March. Delta Airlines and Air Canada have suspended their flights. El Al is still flying from Toronto and Montreal, but that, too, can be changed.

How many of you remember the 2008 West Nile Virus or the 2003 SARS outbreak? What about the 2009 Swine Flu or the 2016 Zika virus? In each of these cases, the initial hysteria and speculation died down as the true threat came to light. The coronavirus is different; it's burrowed deep into our consciousness.

The head of the hotel association in Israel was quoted recently saying that the industry was facing its worst-ever crisis as tourism revenues plummeted in the face of the coronavirus outbreak, and warned that a cash injection from the state was the only thing that could save it from collapse. The closure of Israel’s borders to tourist entries from the entire world has been estimated at $450 million US each month. There will be massive layoffs, and dozens of hotels will close. The hotel industry has never been in such dire straits. Hotel chains are consolidating hotels that are close to each other, while isolated hotels are on the verge of closing.

Passover and Easter are finished. Massive cancellations have flooded the hotel industry; people are simply too worried that the quarantine will still exist. Summer reservations are yet unaffected but unless there is dramatic change, they too will be cancelled.

Every day brings new quarantine policies. Another country has closed its borders. One more airline will stop flying to Israel. Never has Israel, nor the world, seen such a threat in this century. When it comes to the future, we all face uncertainty.

The quarantine concept has thrown us for a loop and sent the tourism industry into a tailspin from which it could take months, or even years, to recover. El Al will survive; no government will allow her to fall. She represents a pipeline to the outside world for the State of Israel. Yes, the government will insist El Al pay the price. They'll demand deeper cuts in personnel both salary wise and number wise. Yes, there's a lot of fat still existing at El Al, and this may force them to cut to the bone. If the government had any sense, they would let our smaller airlines — Arkia and Israir —  merge, allowing them to compete effectively with low-cost carriers.

The stronger travel agencies will survive, both because they have been diligent in putting money away for seasonal downturns, and because the corporate world still requires insightful travel consultants.

Some tourism sites will go out of business or deeper in debt. Most will survive; Masada will still be Masada. If the situation prevails into the summer, you'll see tour guides give up their profession, unwilling to wait for an uptick.

How this will play out and who will remain standing can't be predicted. Airlines will survive, travel agencies will thrive and hopefully, as the days grow longer so will our understanding of the risks. And when you sit around the Passover table, saying, “Next Year in Jerusalem,” it’s my fervent hope you'll think of us and make it a reality.

Mark Feldman is the CEO of Ziontours, Jerusalem.