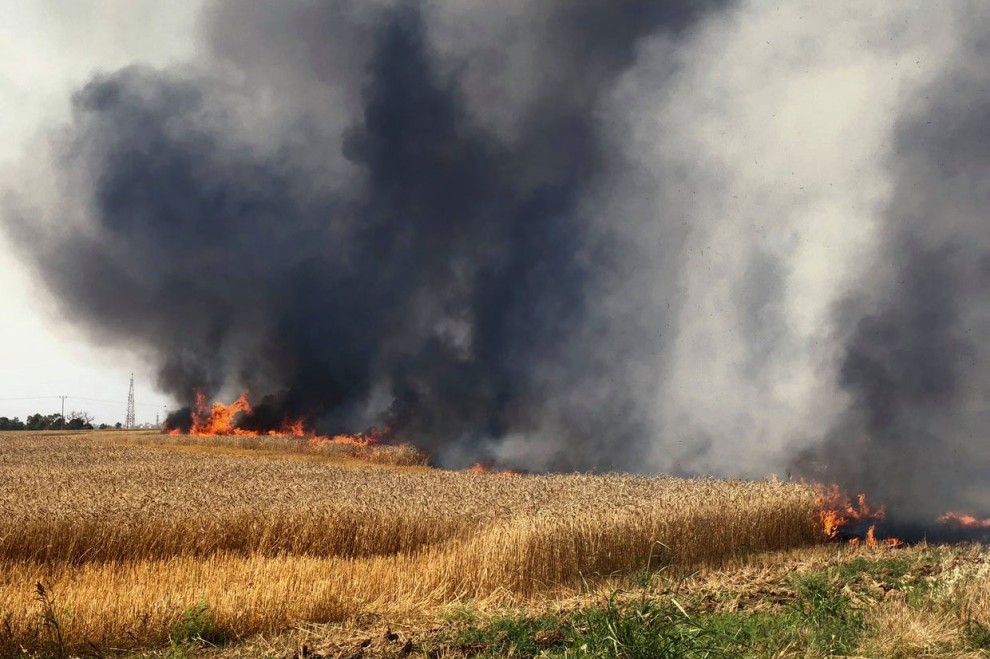 In late March a simple, yet new kind of warfare was waged from the Gaza Strip into the Western Negev. Kites and balloons have sadly become a weapon in the hands of violent Gaza protesters intent on setting fire to Israeli forests and fields. When the wind changes direction and blows from the west in the direction of the Gaza border communities, these winds have been transporting fire-carrying kites and balloons across the Gaza-Israel border to set fields and forests ablaze, causing serious damage to the farmland, forests, ecology and livelihoods of southern Israel.

More than 450 burning kites and helium balloons have arrived from Gaza all hours of the day, causing thousands of acres of planted forests and farmers’ fields to go up in flames. The forests were not only a green lung for local residents, but also served as a sort of security fence between the border communities and the Gaza Strip. The fires have caused local farmers millions of shekels of damage and have spread to kibbutz perimeters, endangering lives. Wildlife in forests and local nature preserves have been trapped in the fires and have perished.

First it was kites and balloons, but one afternoon, Israel Nature and Parks Authority personnel found a kestrel, a member of the falcon family and a common bird in Israel, hanging from a burned tree wearing a harness attached to a wire wrapped around flammable material. The bird was discovered after workers put out a fire that had broken out in Habesor National Park.

Since the 1950s, KKL-JNF has planted more than 35,000 acres of forests in the Western Negev. The pioneers in the Negev have made their mark on Israeli history, literally making the desert bloom. However, the green efforts of their work have quickly turned to black and it is heartbreaking to see such destruction. The land will need to recover and there is a very large area to rehabilitate. It will take many years to restore things to the way they were before and recreate beautiful well-established forests on the same scale.

KKL-JNF’s firefighters, together with the IDF and the Israel Fire and Rescue Authority, battle daily against the fires. KKL foresters fight to save every tree they so lovingly nurtured. And we hope that kites and balloons will soon return to their former status as children’s playthings.

Join the JNF Canada campaign to rehabilitate, replant and regreen what is being destroyed in the Be’eri and Kesufim Forests. Call our office at 905-527-5516, email us at hamilton@jnf.ca or donate at jnf.ca.