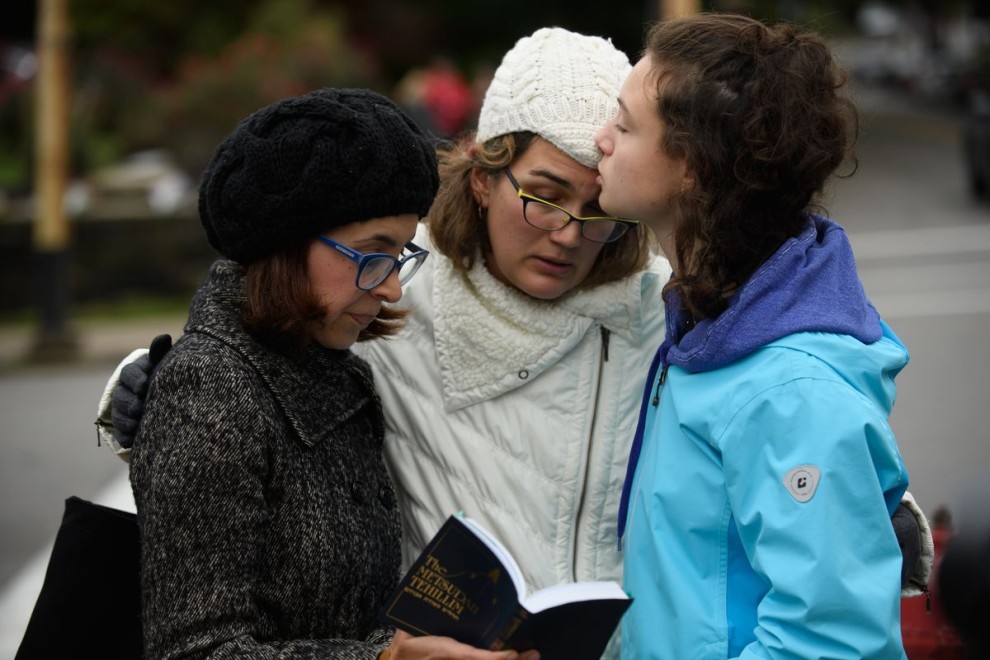 Hamilton Jewry will have two opportunities over the next few days to mourn the victims of the massacre at Pittsburgh's Tree of Life synagogue and express their solidarity with Pittsburgh's Jewish community.  On Tuesday, Oct. 30 at 7 p.m. the Hamilton Jewish Federation is sponsoring a multi-faith solidarity vigil at Temple Anshe Sholom, and on Saturday, Nov. 3 the community's three major synagogues are holding special "Solidarity Shabbat" services.

“We are outraged, horrified, and deeply saddened by the murderous antisemitism that took place at the Tree of Life synagogue in Pittsburgh on Saturday. We offer our deepest condolences to our Jewish family in Pittsburgh with whom we stand in solidarity in the face of this horror.

Over the past 24 hours, we have received dozens of messages of condolence and solidarity that reflect the full diversity of faith and cultural groups that make the social fabric of Hamilton so strong. We are deeply touched and grateful for this outpouring of support.”

Hamilton Jewish Federation CEO, Gustavo Rymberg added that “according to Statistics Canada and the Hamilton Police Service, the Jewish community remains the most targeted religious minority in the country. As a result, we take security very seriously. We encourage our community to ensure they are following the established protocols, and if they see something suspicious, they should contact police immediately.

We remain deeply concerned about the rise of violent antisemitism around the globe. The world’s oldest hatred is a scourge and should be of deep concern to all law abiding citizens because though Jewish people are the targets and bear the largest burden of the world’s oldest hatred, all peace loving people of goodwill are the victims.

We look forward to standing up in solidarity with other faith group leaders on Tuesday evening.”

"Last Shabbat, we witnessed the deadliest act of anti-Semitism in North American history," said Gustavo Rymberg. "This Shabbat, we are responding with our greatest show of solidarity. A continental Solidarity Shabbat with the Jewish community of Pittsburgh. At synagogues, community centres and homes across North America, we will be gathering together in prayer, compassion, and unity — as one people. And as the Federation Movement. From Hamilton to Tampa. From Milwaukee to Montreal and in every city and in between, we stand as a reminder of the power of community."