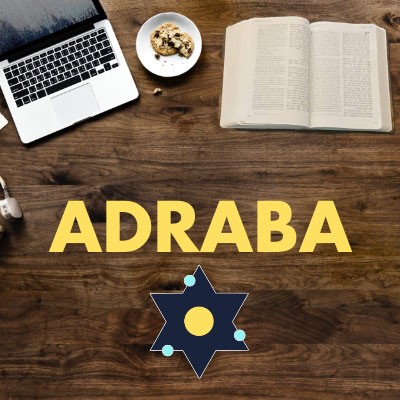 Canada’s first Jewish high school to use a “blended learning” model is coming to the GTA and Hamilton this fall. Adraba, a Talmudic term meaning “on the contrary,” offers an alternative approach to traditional classroom learning by blending face-to-face Jewish learning with technology. Adraba’s goal is nothing less than to create a generation of literate Jews, who know how to access Jewish texts, culture and historical sources, who are confident about their Jewishness, and who can become effective contributors to their community.
How Adraba works
Adraba Hamilton students will meet at JHamilton twice a week from September to June. Sessions will alternate between interactive online conferences with Adraba lead educator Dan Aviv and follow-up meetings with an on-site educator whose role will be to answer questions and assist students with assignments. Toronto-based sessions will be recorded and archived, so that students seeking clarification or catching up on missed classes  can access them at their convenience. Assignments will take into consideration students’ varying learning styles.
“The technology allows the student as the learner to learn pretty much anytime they want, in any place they are located, and  assignments  can involve 3d printing, video production, putting on a play, creating some kind of artwork,” Aviv told the HJN. “ It really comes down to a negotiation between student and teacher about what that would look like.”
Why Adraba?
Developed by educators Frank Samuels, Sholom Eisenstat and Dan Aviv, Adraba is based on the premise that giving teachers access to the best technology available makes their teaching infinitely more effective. Dan Aviv points to the experience of visiting a reconstructed school house from pre-Confederation times to illustrate how little teaching methods have changed over the years.
“(The school house) pretty much looks exactly the same as today. There are desks in rows, there’s a blackboard.  There’s a teacher in the front of the room. Every other realm of our lives has changed, except for the traditional school,” he said. Change is especially critical in the Jewish world, he emphasized, “because the whole millennial-long project of the Jewish people could theoretically end with us unless we do something about it.”
Why Now?
The impetus for bringing Adraba to Hamilton came from Federation’s education committee, after identifying a need for high quality post-B’nai Mitzvah programming  in the community. The committee’s proposal to have Hamilton be a satellite location for Adraba’s Toronto program was unanimously approved by the Federation board in April.
Bringing the Adraba program to Hamilton, according to education committee chair, Alice Mendelson, is “one of the most important steps” towards implementing Federation’s new strategic plan that has identified the engagement of young adults in Jewish life as its number one priority. All of Hamilton’s rabbis and supplementary school directors will be invited to provide input into the program.
Registration Information
Registration for Adraba Hamilton is ongoing and tuition assistance is available. Register at jewishhamilton.org or email grymberg@jewishhamilton.org for more information.