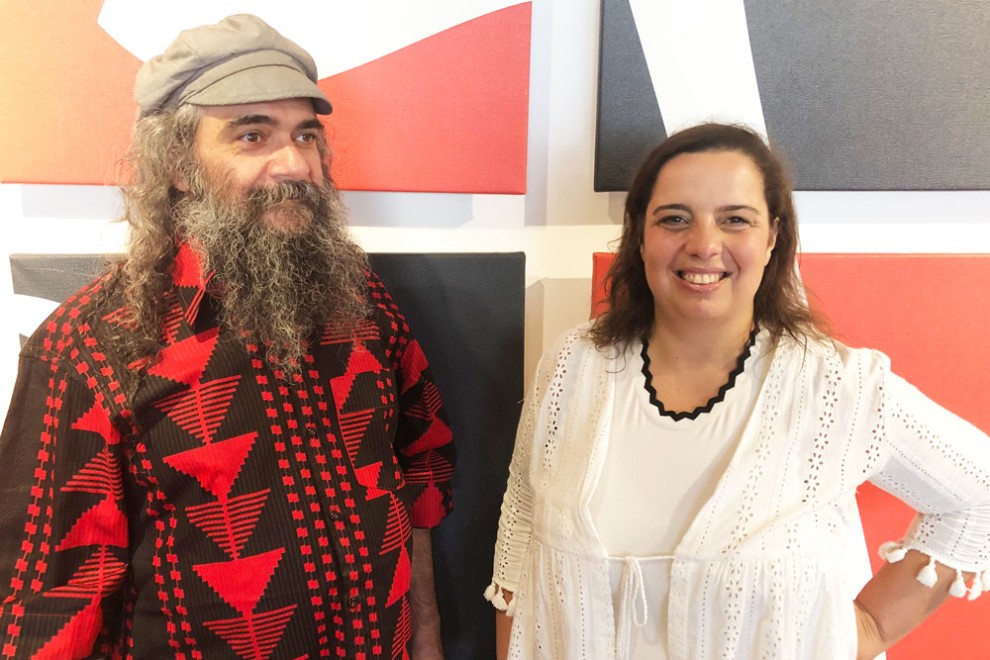 September 2019
Dana Hollander
McMaster University’s Department of Religious Studies has teamed up with the Socrates Project at McMaster to host an exceptional program as this year’s Lillian and Marvin Goldblatt Lecture in Jewish Studies: Anna Shternshis (University of Toronto) and Psoy Korolenko (Moscow – New York) will present a lecture-concert, “Singing and Laughing Against Fascism: Lost and Found Soviet Yiddish Songs of World War II.” The Yiddish songs to be performed—which also have been compiled as the Grammy-nominated album Yiddish Glory: The Lost Songs of World War II—are drawn from a remarkable archival find: Professor Shternshis, a specialist in Russian/Soviet Jewish history and Yiddish studies, unearthed them in the National Library of Ukraine. They were part of a collection, thought to have been lost, that had been compiled in the midst of the Second World War by a team of ethnomusicologists from the Kiev Cabinet for Jewish Culture. After the war, when Jewish and Yiddish culture came under attack under Stalinism, the lead researcher Moisei Beregovsky was arrested, and his archive confiscated.
The songs to be presented offer a view onto a facet of Jewish experience during the Second World War that has not received much attention from historians: that of Soviet Jewry, the largest community in Europe after the war. These Jews comprised both victims of the Holocaust and heroes in the Red Army who liberated Auschwitz—and both these aspects are reflected in the songs to be presented at McMaster on Wednesday, Oct. 23 at 7 p.m. This event will be held in the impressive Concert Hall in the recently built L. R. Wilson Hall, which is now the first building when entering the campus from Sterling Street. The Yiddish Glory CD will be available for sale, along with books by Shternshis, courtesy of the Campus Store at McMaster. There will be a reception in the lobby afterwards.
McMaster University’s annual lecture in Jewish Studies was initiated in 2002, largely through the initiative and support of Herb Schreiber. In 2004, the series was renamed in honour of the Goldblatt family, whose generous contributions now support the series in perpetuity.

WHAT: Singing and Laughing Against Facism: Lost and Found Soviet Yiddish Songs of World War II
WHEN: Wednesday, Oct. 23
WHERE: Concert Hall, L.R. Wilson Hall, McMaster University
TICKETS: The event is free, but registration is strongly recommended at socrates.mcmaster.ca/goldblatt2019, or 905-525-9140 ext 26848.

RELATED STORY
Anna Shternshis on giving voice to the voiceless