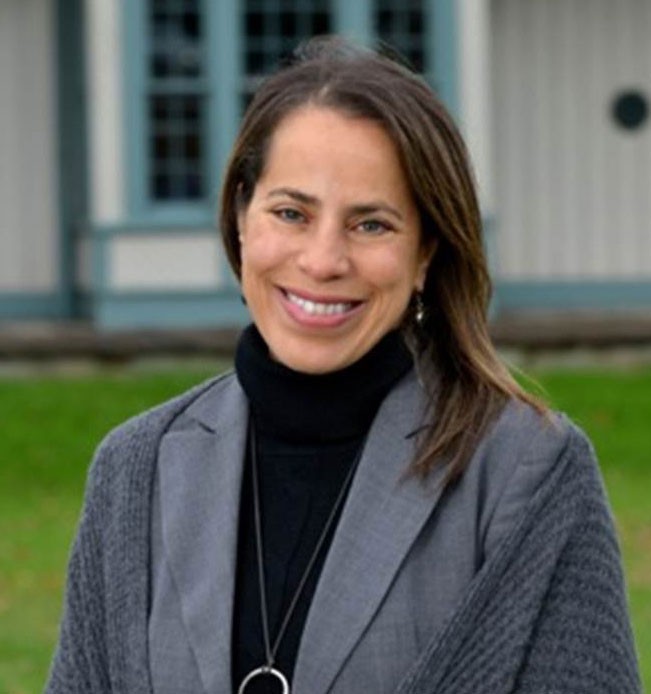 As president and CEO of the Art Gallery of Hamilton, Shelley Falconer’s connection to the city melds the professional and the personal. In her professional role, she strives to foster an appreciation of art and culture in this community, while steering the gallery towards fiscal stability. Her personal tie to Hamilton stems from her mother and grandmother’s flight from the Holocaust.

Most of Falconer’s family, including her grandfather, perished at the hands of the Nazis. But before he was killed, her grandfather managed to ensure the safety of his wife and child by sewing diamonds in the linings of their coats so his wife could pay anyone who might be able to steer them towards freedom. The child, Falconer’s mother, masked her Jewish identity and assumed the role of a Catholic Polish child. She was taken under the wing of two professors at the University of Poland, and apparently, she fit into her new environment with ease.

“She was so bright, that the professors wanted to keep her. My grandmother had to fight to get her back,” Falconer said in an interview.

After the war, her mother and grandmother arrived at Pier 21 in Halifax, with Hamilton as their ultimate destination. They were sponsored in Hamilton by cousins, one of whom was a notary who was in jail for his role in helping Jewish refugees escape Europe. Her grandmother, who came from an upper middle class background, was mortified that her cousin was in jail. As well, the relatively gritty ambience of Hamilton didn’t suit her. Within a year, she and her daughter had departed for Montreal.

Falconer has another personal connection with Hamilton. Over a period of about 25 years, she came here often to visit her sister, Lydia Smurlick, brother-in-law Barry, and their son, Adam. Lydia and Adam are now deceased.

Growing up in the Montreal area, Falconer was surrounded by art and books. Her mother emphasized the importance of education. Falconer ultimately obtained undergraduate degrees in art history, museology and arts administration from York University, Sotheby’s England, Sorbonne in Paris, Universite de Paris and the University of Toronto.

As a graduate student, she assumed the role as a curatorial intern at the AGH. She couldn’t imagine that years later, she would become its president and CEO.

“The gallery here is an important collection,” she says. “It’s not parochial, not regional, like many institutions outside a major urban centre.“

Although the AGH houses nationally and internationally renowned art, and is the largest museum in southwestern Ontario, Falconer notes that it is vital for it to reflect and serve this region and its artists.

Annually, 10,000 elementary and secondary students are bused to the AGH for educational outings. The goal is to expand the number of students to more than 600,000.

Falconer notes that the AGH has created curriculum-based programming that educates in realms other than the visual arts. One such program is Last Folio, an exhibit of Canadian photographer Yuri Dojc’s photographic record of his visit to Slovakia, where he discovered the remnants of a small Jewish village that had undergone forced evacuation in 1942. Dojc found a school, locked for over sixty years, with its contents very much intact. The focus of the exhibit is the many decaying books, which Dojc considers to be witnesses to the horrors of history.

Adult educational programs open the door to learning for people of all backgrounds, she says. “You can’t be a public institution and only be for the few. You must have a solid, balanced programming mix, both highbrow and lowbrow, (with the common elements of) integrity, rigor and scholarship.”

Long-term sustainability is a challenge, partially as a result of what Falconer considers to be underfunding by the city. “Other art institutions at our budget level and size of collection are funded by 33 to 52 per cent. We are currently funded by 17 per cent.”

The resurgent art scene in Hamilton is not surprising, she says. “There has always been a strong cultural ecosystem in Hamilton, whether it’s in art or music. It’s a very exciting time and it’s an exciting new chapter for the gallery.”

Falconer’s career history includes national and international experience as a senior administrator, curator, consultant, fundraiser and educator. She helped reshape the public programs during a 13-year stint at the McMichael Canadian Art Collection. She co-founded and was CEO of the consulting firm Cultural Asset Management Group and has taught at both Centennial College and the University of Toronto.