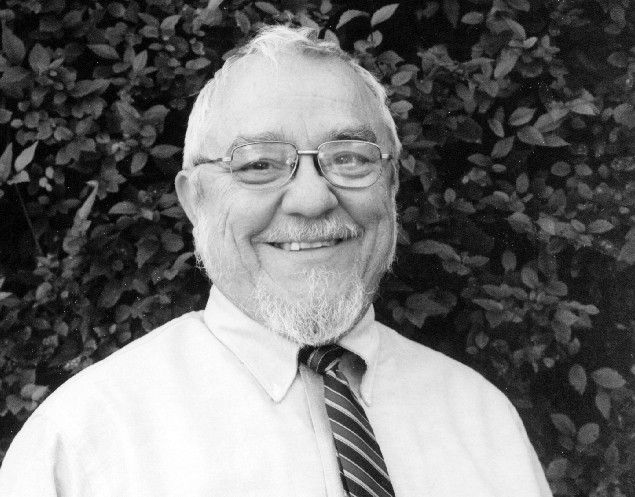 The news came on a Friday afternoon and spread like wildfire. At pick-up time, parents found their children emerging from the Hamilton Hebrew Academy with tears in their eyes. Rabbi Eisenstein, they reported solemnly, was retiring. And everyone was suddenly aware that an era had passed.

The era began 28 years ago, when Rabbi Ze’ev Eisenstein was hired as the principal of the Hamilton Hebrew Academy. What role, one wonders, did fate play in this native New Yorker’s decision to make his home here after a professional career that was spawned in Seattle, Washington, refined in St. Louis, Missouri and almost took him to Los Angeles? Whatever combination of events were responsible for bringing Rabbi and his wife Esther to Hamilton, it is probably no exagerration to say that  no other individual has had as far reaching an impact in this community.

Among his former students there is a unanimity of opinion about the qualities that made him so loved. His ability to see the beauty and uniqueness in each child, his infinite optimism, his insistence on finding joy in everyday experiences, are consistently cited.

What were the early experiences that shaped this man’s life? Growing up poor in finances, but rich in love, he was raised in an orthodox family in New York City. The rabbi credits his parents for instilling in him a reverence for education and a propensity to see the good in every human being. Ironically, the biggest challenges he faced as a child were in school. When his grade one teacher, convinced he was purposely underachieving, forced him to wear a dunce cap, the rabbi learned an important lesson about the power of a teacher to impact on a child's self-esteem.

“The more she treated me that way, the more I lived up to it.”

Self-preservation meant making the best of a bad situation. “I couldn’t change the teacher so I worked on myself. I found a lot of satisfaction helping people.”

Even during his years as a local gang member (about which his students never tire of hearing), he continued to get his greatest satisfaction from helping people.

The rabbi also developed a deeply-felt passion for Israel. At the age of 17, he went for a year and stayed for four.  Responding to family pressures, he returned to the States, taking a job as a teacher in  a Jewish day school in Seattle. His instant success made it clear that returning to Israel was not going to be as easy as he had hoped.

Seven years later, however, he, Esther and their young family moved to St. Louis, where the rabbi worked as a principal and studied speech therapy, his dream of moving to Israel still very much alive. He was seriously considering taking a position at Tel Aviv University when a fateful conversation with his rabbi once more changed the course of his life. As a result of that conversation, during which his mentor convinced him that Israel didn’t need speech therapists as much as diaspora children needed a fine educator, that he decided once again to look for a position in North America. Deciding between Hamilton and  Los Angeles was relatively easy.

“I loved Hamilton because it was a small town. I didn’t just want to be a principal who sits in his office and does what he has to. I wanted to be involved in people’s lives.”

Rabbi Eisenstein’s educational philosophy can be summarized by a Talmudic expression that says ‘what comes from the heart goes to the heart.’

In his own words, his goal “was to give the kids a love for yiddishkeit, a pride in being Jewish and a positive attitude towards Torah and mitzvos.” His authentic and unwavering commitment to that goal created a family-like atmosphere at the school where each child felt completely accepted, no matter what the level of his or her family’s observance.

That every student who attended the Academy during the last three decades felt part of one family had repercussions far beyond the walls of the school. The parking lot of the Hamilton Hebrew Academy has been a place for parents from diverse backgrounds to mingle and to form friendships, something rarely found in a larger Jewish community. Non-observant children feel at home at Shabbat and holiday dinners hosted by religious families, while observant children’s kashrut requirements are sensitively met at their classmates’ birthday and B’nai Mitzvah celebrations. It was due to Rabbi Eisenstein’s influence that the Hamilton Hebrew Academy has been a unifying force in what is generally seen as a fragmented community.

During the days and weeks following the rabbi’s retirement, students, parents and teachers, past and present, were asked to reflect on the impact he had on their lives. The following are among the thoughts that were shared:

“One day I was walking from the car to the playground and I had a chance to observe Rabbi Eisenstein in the playground. He was so gentle and loving. He wasn’t that way because he thought someone was watching him. He does what he does because he truly loves people.”

“Rabbi Eisenstein is one of the most joyful and kind people I’ve ever met. He really taught me to be happy at all times, to see the good in every situation.”

“Rabbi Eisenstein is one of the most special and influential people in my life. When I first came to Hamilton, Rabbi was the first person to welcome me into the community. I like to think of him to be my friend and I am so sad to see him retire.”

“Rabbi Eisenstein has made a tremendous impact on my life both personally and professionally as a teacher. For my family, Rabbi Eisenstein continues to provide inspiration and is a wonderful role model to us all. We have benefitted from his sensitivity as an educator and principal.”

“One of my fondest memories of my days at the Academy is the cheery ‘Good morning beautiful!’ that waited for me each day as I walked through the door.”

“Rabbi Eisenstein was my teacher and principal for years, frequently my host at Shabbos meals, and my friend all along. But he topped it all by making the shidduch between me and my wife, and leading the ruach at our wedding.”

“I used to come to shul every Saturday and sit with Rabbi Eisenstein. I was curious as to why for years on end he would recite the Mourner’s Kaddish. I finally decided to question him about this. He told me that there are many in the community who do not come to shul but have parents who had recently passed away and he therefore decided that he would say Kaddish for them. This is just one of the many times that I got to see Rabbi thinking of others.”

To the relief of students and parents alike, Rabbi Eisenstein continues to teach at the school. On most mornings he can still be found outside the school greeting young and old alike, “Hello Beautiful. Smile! It’s a beautiful day.” And, as long as Rabbi is around, the beautiful days are guaranteed to keep coming.