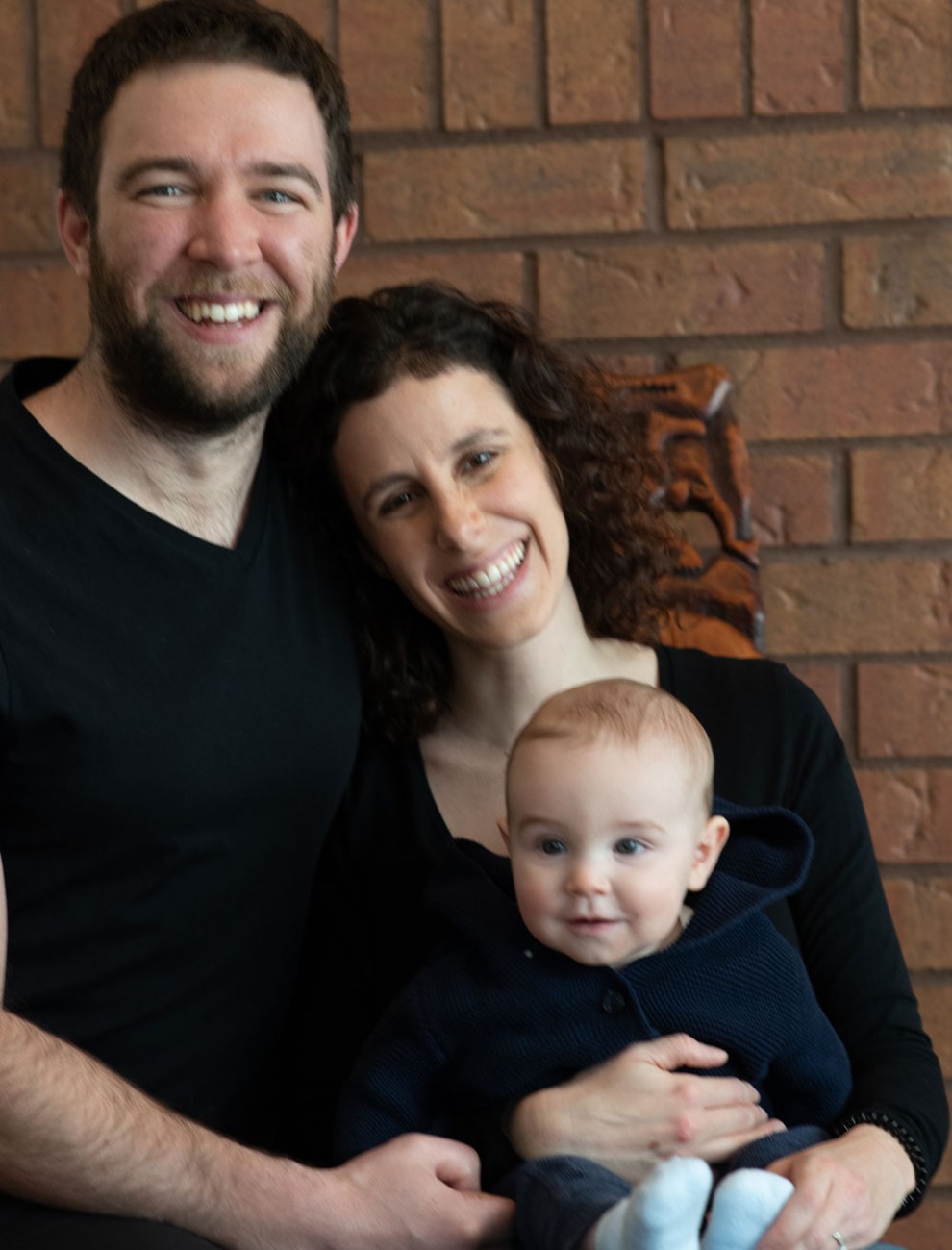 I was five months pregnant when the WHO declared COVID-19 a pandemic. I had only recently started to show, had just felt the first thrill of recognition when a stranger offered me their seat on the subway. We were (we are) incredibly lucky. Toronto was soon under lockdown, but my husband, Brian, and I were both able to keep working remotely. The baby was small, requiring frequent ultrasounds, but otherwise healthy. New restrictions meant that Brian was not allowed to accompany me to appointments, but we took solace in the knowledge that he would be allowed at the birth.

Everything was unusual until it wasn’t. We Zoomed for work, for holidays, for happy birthdays sung woefully out of sync. We quarantined the baby gifts his parents dropped off during chilly driveway visits. We walked, winding through neighbourhood sidewalks, exchanging knowing glances with families we passed, six feet apart. An induction was scheduled and we crossed remaining days off on the calendar with childlike wonder, marveling at the intensity of kicks and hiccups. There was this too – a plan to anchor us when the idea of learning how to parent alone, without visitors, left our heads spinning.

When I told friends that we were contemplating moving in with my parents, I would say that since Brian was now working from home, we wanted to bubble with family and enjoy the help and company while we could. I explained the move as if it was the result of a global pandemic, something we would not have considered otherwise. We were in our thirties, about to have a baby. We were on the precipice of what we imagined would be a different kind of adulthood, one that marked the end of being parented. If afforded the choice and privilege, why go back?

And then he arrived.

It started in the hospital; the first time Evan really cried. I cradled his small body and the weight of responsibility, his utter helplessness, bore heavy into my chest. I underestimated the reality of our new existence, as most new parents are wont to do. It wouldn’t have made a difference – it’s difficult to anticipate the shape of those early weeks without knowing which edges will be made sharpest for you. Our labour was uncomplicated and fast. Evan was calm, and easy to soothe. But I could not feed him.

I tried not to panic when he rooted, willing this feed to be different, for him to latch. When he didn’t, my husband would feed him with a small tube, and I would wallow in my failure, prickling with adrenaline and a dulling pain that would return with force with each successive attempt. I had no sense of when or how it would get better, but I knew we could not do it alone. So it was that we found ourselves leaving the apartment my husband had so lovingly prepared for Evan, his room unused, and made the three-hour trip to my parents’ home. I was a mother, yes, who needed to be mothered.

Moving home did not make nursing easier, but it was the salve that allowed me to work at it. I did nothing else. My parents fed us, did our laundry, loved Evan fiercely. When my husband went back to work, my mom took time off so she could stay up instead, sending me to bed between each nighttime feed and holding Evan while he slept.

I had avoided sharing my real reason for moving home, which was that I feared we could not do this ourselves, because it felt like admitting failure. It should have felt like gratitude. Gratitude for our ability to be with family when too many could not. Gratitude for our parents – mine and Brian’s – who were here and offering every ounce of support they could.

My name, roughly translated from Hebrew, means “a gift from our fathers.” I was named to honour the grandfathers I never met, who died before my parents met, when they were younger than I am now. Creating a home of your own is an immense privilege, but so is having the choice to go back. When I think of parenting in a pandemic, I think of this gift afforded to us by sheer happenstance. I think of the stories of parents struggling in isolation, of the impossibility of working and parenting at the same time, without help, without rest, and I know that we are the lucky few. When I tell Evan about his birth, and the months that followed, I will tell him that we were rarely alone. I will tell him that most weeks were spent in his grandparents’ homes. I will tell him that we quickly lost count of our blessings.

Six weeks passed and breastfeeding was no longer painful. Free of this singular focus, my experience of mothering expanded, making space for new and unimaginable joys. To grow into motherhood alongside my parents was like this - to be stunned by the love I felt for my son, to see him in my parents’ arms. To know they held me this way once, they loved me this way still.