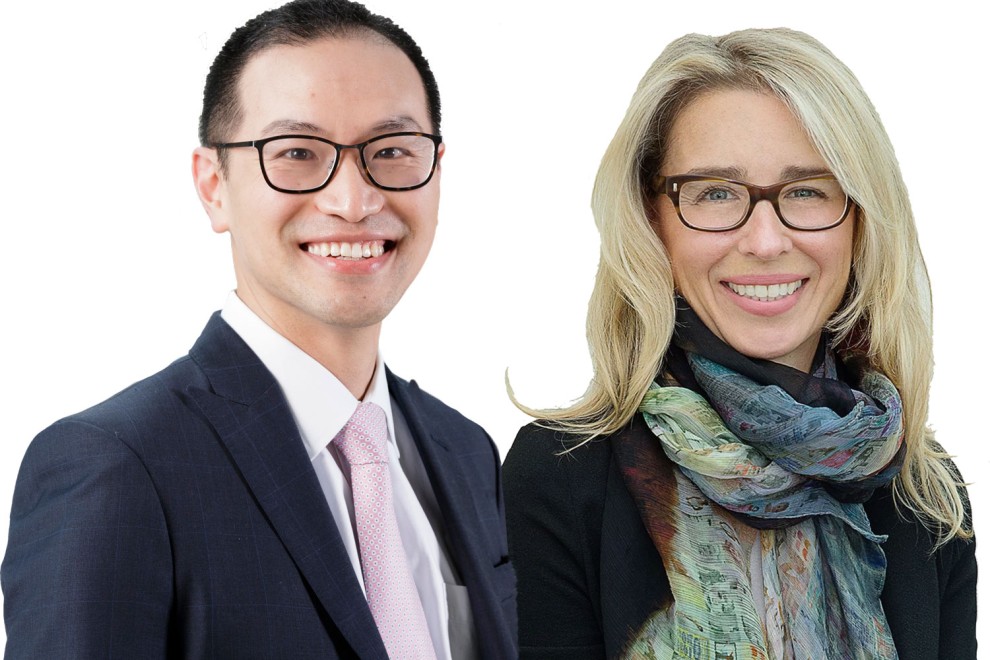 “Why didn’t anyone ever tell me this before?” That anguished question, asked of her countless times over years of working with terminally ill patients, is why palliative care physician Samantha Winemaker wanted to start a healthcare revolution.

That is exactly what the podcast, Waiting Room Revolution, intends to achieve. Created by Winemaker and healthcare researcher Hsien Seow, the podcast’s 10 half-hour episodes walk listeners through what its creators call the “keys to a better illness experience.”

From interviews with thousands of patients and families who have faced serious illness, Winemaker and Seow have seen how some healthcare providers withhold information from patients out of a misguided concern that knowing how much time they have left will be detrimental to a patient’s well-being.  In fact, says, Winemaker, keeping patients in the dark about the likely outcome of their disease is taking away their ability to use the time they have left in the most meaningful way.

“I can’t begin to tell you how many times families have said to me, ‘I asked the doctor, but the doctor said, I’m sorry we have no crystal ball,’” Winemaker told the HJN. “But we do. We know the average timeline of every illness, and we can actually tell someone where they’re at in the illness journey and, at some point, we can even tell them if they have months, weeks or days left. That’s a crystal ball if you ask me.”

In the podcast’s opening episode, Winemaker tells the story of a 58-year-old man with progressive lung disease who had been referred to her towards the end of his life. Three years earlier, he’d been told that he would die without a lung transplant, which became his singular focus while his symptoms worsened, and he became increasingly terrified of the prospect of suffocating to death. When the bad news came that he did not qualify for a lung transplant, he felt he had no choice but to seek medical assistance in dying. It was at that point that he was referred to Winemaker.

When Winemaker told him that he would not suffocate to death with the proper care, he and his family were shocked. “I can’t help but think how profoundly disappointed he would be to know that there were many ways to treat his breathlessness the whole way along,” she said during the episode. “He knew nothing about treatment for his symptoms or other supports available to him and his family during his journey. The focus was purely on getting a transplant.”

Winemaker’s encounter with that patient was a galvanizing incident in transforming her despair about what she sees as a broken healthcare system into action. “It is sickening to me that thousands of people have died by medical assistance in dying (MAiD) who have not been offered all the information they should’ve had before they got to that point,” she told the HJN.

Transforming patients’ and families’ time in waiting rooms from helpless anticipation of negative test results delivered by an all-powerful clinician into a time in which they can formulate questions that will give them a roadmap for what lies ahead is the goal of the Waiting Room Revolution podcast.

Since its launch on March 1, the podcast has garnered more than 10,000 listens and 2,000 followers on social media, many of whom are healthcare providers.

“I was very worried that we revealed too much of the dirty laundry,” said Winemaker. “But surprisingly, I’ve had more healthcare workers contact me and say that they think that this should be mandatory listening for medical students and nursing students.”

Statistics show that only 10 per cent of deaths are sudden, which means 90 per cent of us will be diagnosed with a progressive illness, like dementia, cancer or heart, lung or kidney disease.

“People don’t normally just sit in their chair, close their eyes and go to bed. Some people will die like that, but most of us don’t die that way. Time is like currency, and if you know that you are perhaps in the last year of your life, you can use that time however you want, with no regrets.”

Delivering palliative care in people’s homes for all these years has made Winemaker realize she’d prefer not to die a sudden death. “I have seen amazing, incredible, beautiful loving, tender, important moments for those people who are in the know. They wouldn’t change it for the world.”