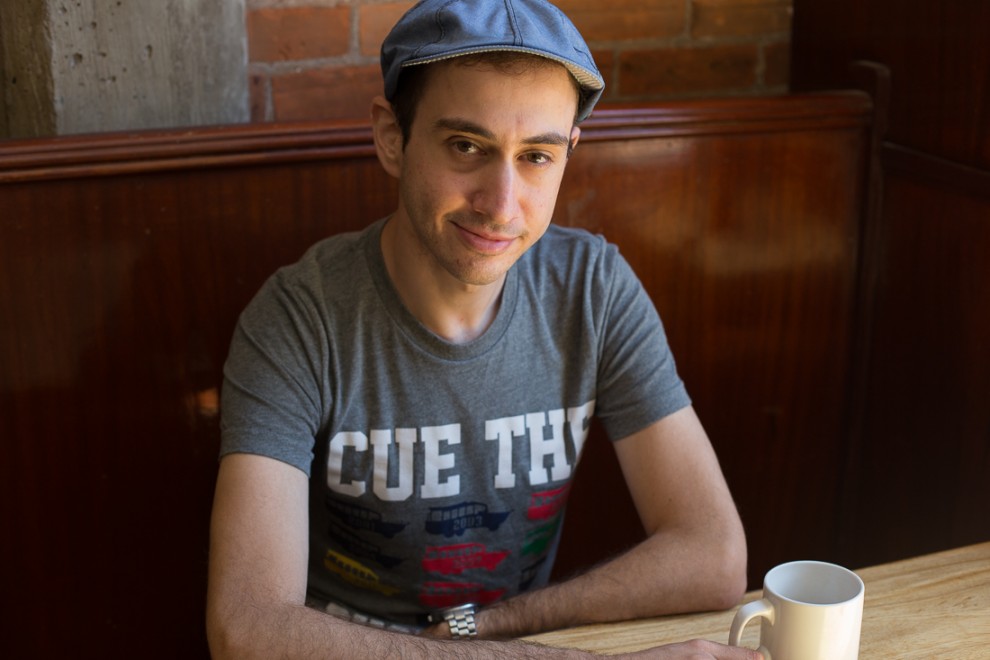 Before I moved to the US, I assumed Canadians and Americans were pretty much the same. The narcissism of small differences so exaggerated in school—clichés like “America’s a melting pot, Canada’s a mosaic”; “They fight the wars, we keep the peace”—added up to a case of the lady doth protest too much. If we were really so different, we wouldn’t talk about it all the time, or try to counter a man on the moon with an arm on a space station.

I still roll my eyes at the Canadarm as national symbol. But I do admit now, having lived in the US for more than three years, that our differences are real. Is any random Canadian more polite than any random American? Not necessarily. But in a crowded city, or even at a crowded party, a greater number of polite people matters.

An American observed to me that on driving into Canada, cars on the highway started leaving each other more space. Is that true everywhere in Canada, and with everyone? No. Certainly not in Quebec. But the average Canadian crowd is noticeably different from the average American crowd: more polite (if more passive-aggressive), more foreign-born (but less Spanish-speaking), and yes, more likely to say “eh.”

Related to the numbers, there are actual doctrinal differences between Canadian and American Judaism. Perhaps most significantly, while American Reform Judaism accepted patrilineal descent in 1983, Canadian Reform Judaism doesn’t to this day. Since Reform is the largest American Jewish denomination, that means there are significant numbers of American Jews who, despite being raised in the religion, most Canadian Jews (in theory at least) don’t recognize as Jews.

Why the difference? According to Rabbi Dow Marmur, rabbi emeritus of Toronto’s Holy Blossom Temple: “Whereas Reform has long been a dominant force in American Jewish life, in Canada we are a minority, significantly outnumbered by Conservative and Orthodox Jews. As we’re determined not to become a fringe group, we have tended toward traditional observances that unite rather than divide the Jewish denominations in Canada.” He goes on to say that “many Reform Jews in the United States have wrongly perceived me as an Orthodox Jew masquerading as Reform.”

The more conservative tone of Canadian Judaism seems counterintuitive. Isn’t Canada, with its public healthcare system, official multiculturalism, and early adoption of same-sex marriage, supposed to be more liberal than the US?

Canada is certainly more liberal in policy than the US, but sensibility runs deeper than policy. And while the American sensibility emphasizes individualism, the Canadian sensibility emphasizes consensus: whether that consensus is liberal or conservative. The American catchphrase is “Life, liberty, and the pursuit of happiness.” The Canadian catchphrase, if you can call it that, is “Peace, order, and good government.” The US was born of a revolution; Canada was born of a conference. It shows.

The emphasis on consensus is why Canada’s politics are generally middle of the road, with Conservatives funding public healthcare and Liberals balancing the budget. It’s why Canada has only participated in wars with broad international support (Korea, not Vietnam; Afghanistan, not Iraq). It’s also why Canadians accept keep-the-peace conventions—like a foreign monarchy no one takes seriously, French public services in wholly English-speaking areas, and government-funded Catholic schools—that from the outside, seem bizarre or unjust.

Canadian Jews share the national consensus on the value of consensus. American-born University of Toronto professor Judith Taylor wrote a lament in The Forward titled “Why Are Canadian Reform Jews So . . . Conservative?” In response, a committee of anonymous Reform rabbis wrote that “. . . we in Canada value communal standards over radical individual autonomy. Canadian Jewish culture, informed by the Talmudic admonishment, al tifrosh min hatzibur (do not separate yourself from the community) celebrates the collective.”

Their argument, as much as one can be detected, isn’t the Orthodox claim that the traditional approach is right. Rather, it’s a call (or admonishment) for consensus for the sake of consensus; for the primacy of “peace, order, and good government” in a religious context. How very Canadian indeed. We no longer believe in the divine right of kings, but we believe in peacekeeping; and paying lip service to the Queen keeps the peace.