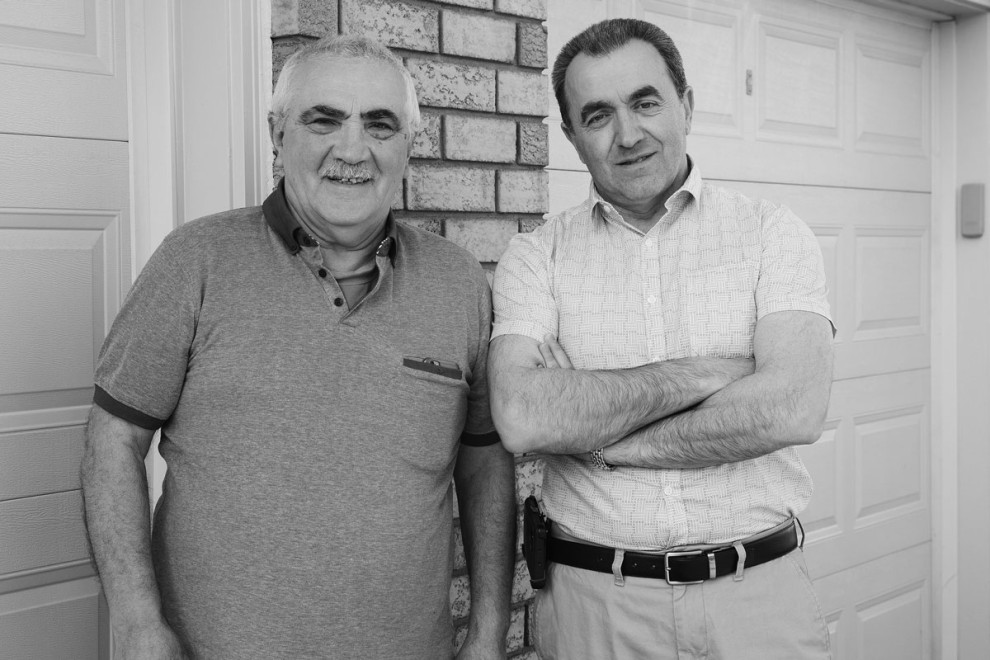 The roots of Russia’s invasion of Ukraine can be traced back to Feb. 27, 2014, when Russian troops, masked and without insignia, took over the Crimean parliament and strategic sites across the Crimean peninsula. In August, the Russians occupied the Donbas region of Eastern Ukraine.

On February 24 at 4 a.m., the Russians launched an attack on Kyiv, the capital city of sovereign Ukraine, in an act that shocked and united the whole world.  As of this writing, tens of thousands of Ukrainians, including both soldiers and civilians, have been killed.

We have read that Russian President Vladimir Putin has the support of 71 per cent of the Russian people and that more than 50 per cent support the war. What is even more disturbing is the number of people in Europe, the United States and Canada who support Russia’s position, due to the lack of information, wrong interpretation of available information, and the significant influence of Russian paid lobbyists.

The fate of the Jewish population of Ukraine has been difficult for more than 300 years since the forcible annexation of Ukrainian lands by the Russian empire.  Russia incited Bogdan Khmelnitsky, the ruler of Ukraine at the time, to engage in bloody raids on Jewish communities.  The Russian tsars were interested in spreading inter-ethnic enmity on the borders of the empire to strengthen and expand the Empire. This Russian imperial policy continued in Ukraine until the revolution of 1917 and continued in the USSR when antisemitism reached the level of state policy.

Jewish life had changed dramatically for the better after the collapse of the USSR in 1991, the year Ukraine became an independent state, but since Ukraine gained independence, Russia has been trying to destabilize the internal political situation there through political assassinations, provocations, and through supporters who operate as a fifth column.

The Soviet Union always discriminated against the Ukrainian language, requiring that Russian be the main language spoken across the USSR.  As a result, 30 per cent of the population of Ukraine speak Russian as their first language, but Ukrainians rightly want Ukrainian to be the state language, and nobody can dictate otherwise.

There is no justifiable reason for this war, and the brutal abuse and killing of civilians, including women and children, by Russian forces.

According to a recent article in the Russian state news agency titled “What Should Russia do with Ukraine,” Putin’s government planned to exclude any mention of Ukraine from school textbooks and turn part of the Ukrainian population into slaves who would work to redeem themselves, to forcibly re-educate children and teenagers within the minimum period of one full generation. This reminds us of the Roman emperors who wanted to wipe out the Jewish people from the face of the earth.

Vladimir Putin has always questioned Ukraine’s right to statehood, and falsely accuses the country of being governed by neo-Nazis who persecute the ethnic Russian minority, but Ukraine is a multi-national country with a Jewish president who was elected by 73 per cent of the population.

It is difficult for us to imagine a peaceful resolution while Putin is in power, as his intentions are clear. This means that Ukraine has no other choice but to completely defeat the aggressor and liberate its territories.

This war is not local. It is a struggle for the future of Europe and the entire free world. Therefore, Canada, the US, the countries of Europe, and the rest of the world are helping Ukraine with modern weapons and other supplies until they completely defeat the common enemy.

Alex Wolfstein and Vladimir Khayutin immigrated to Canada from the Former Soviet Union.