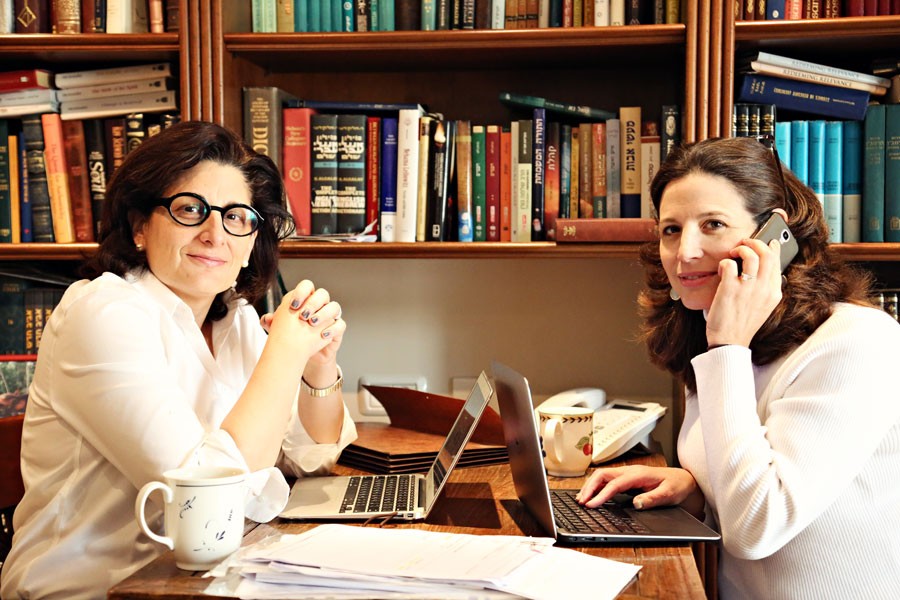 Naomi Jacobs Brounstein thought she knew something about the face of poverty in Israel. As the co-founder of Ten Gav, a new crowdfunding site that highlights the needs of struggling Israeli families, the former Hamiltonian is better informed than most about the struggles of lower income Israelis. Nevertheless, she was unprepared for what she found in Kiryat Malachi.

“We were witness today to absolute squalor,” wrote Jacobs Brounstein in a Facebook post describing the day that she and her partner Vivi Mann spent with the welfare department of the southern development town. A social worker had urged the women to accompany her on a home visit to an Ethiopian mother of 10. “She felt like we could be her source of oxygen,” Jacobs Brounstein wrote, a sure sign as any that Ten Gav may has the potential to be a bigger player in the Israeli social services sector than anyone ever imagined.

It’s probably no coincidence that the idea for Ten Gav came from another new immigrant, the women’s friend  and fellow social activist, Joseph Gitler, founder of Leket, Israel’s largest food rescue organization. Gitler had sent them an email with a link to the American website Benevolent, and asked if they’d be interested in starting up something similar in Israel. They had hired an internet design team and were well into their research when last summer’s war with Hamas broke out.

The war was still raging when Jacobs Brounstein received a phone call from a friend in Winnipeg.

“He knew about my plans to start up Ten Gav and he really loved the idea,” said Jacobs Brounstein. Her friend wanted to know if they were operational. She told him that the design team they had hired had been called up and that things were on hold.

“He said,  ‘You know what? The war is on and I want to give some money and I want it to go to the people in the south ... And I think that my friends would also want to. Can you become operational?’”

The phone call created the impetus that propelled the women into action, with Mann contacting social workers and putting together cases, while Jacobs Brounstein built the website herself. Within a very short time they were up and running.

The Ten Gav website is an easy-to-navigate platform that offers visitors a list of attractively laid-out needs and two clearly defined assurances. The first is that any need that appears on its site has been verified by a social worker.

The second is that 100 per cent of donations are used to fund the need as described. That kind of direct giving experience, made possible because the two women fundraise separately to cover Ten Gav’s operating costs, makes for a very satisfying donor experience.

“No single need on our website will be above the cost of $1,500. So if you see a need that is $500 and give $100 or even $50 to that need, that donation represents a very significant percentage of the total,” said Jacobs Brounstein, who said that most needs are funded fully within a few weeks of being posted.

While Ten Gav is still relatively small, its founders are hoping that the site’s Bar/Bat mitzvah program has the potential to broaden its appeal internationally. A special section enables a bar or bat mitzvah child to design their own personalized webpage that invites guests to make donations in lieu of or in addition to gifts. Once a certain amount is accumulated the child can decide how to apply the money.

“It’s a really nice opportunity for a family to read the cases together and discuss which of their son or daughter find meaningful,” said Jacobs Brounstein.

The real appeal of Ten Gav is that it satisfies the basic human need to know that the smallest gesture, given whole-heartedly, can make all the difference in the world. Everything else is commentary. For more information about Ten Gav, visit www.tengav.org.