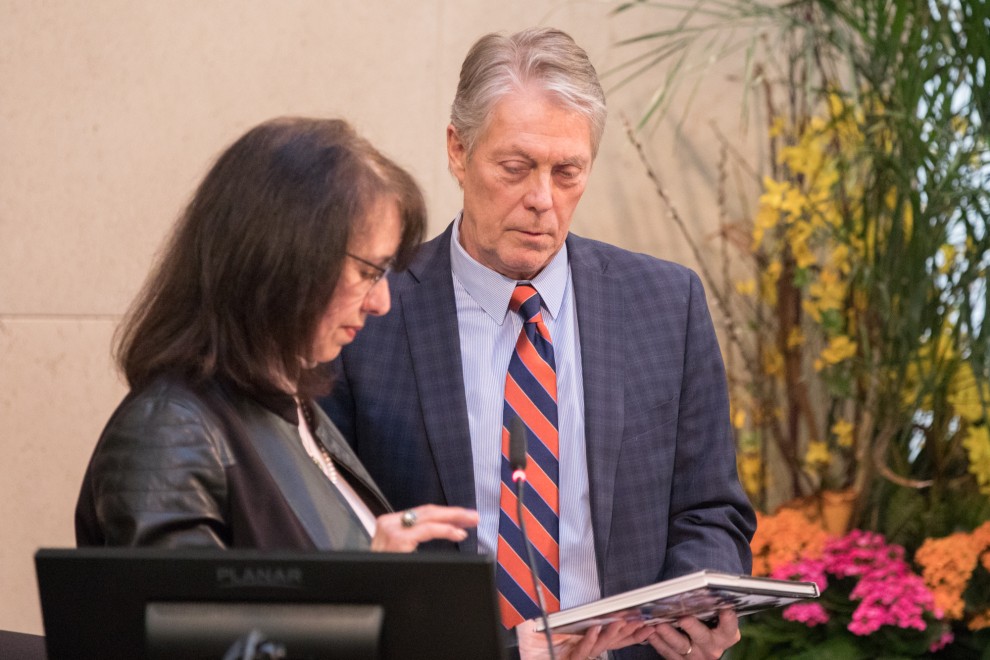 As antisemitic incidents have reached near historic levels in this city, Hamilton Mayor Fred Eisenberger’s March 31 announcement that his office would adopt a document that provides a comprehensive description of antisemitism was received enthusiastically by local and national Jewish organizations. Drafted in 2016, the International Holocaust Remembrance Alliance (IHRA) document provides examples of contemporary antisemitism, ranging from the use of age-old anti-Jewish tropes, to Holocaust denial, to certain expressions of animus toward the Jewish State of Israel that may at times cross the line into antisemitism. In adopting the IHRA working definition, the mayor joins a growing list of countries and government bodies around the world, including the Government of Canada, the Province of Ontario and several Canadian municipalities.

Hamilton Mayor Fred Eisenberger decided his office would take a lead in adopting the new definition of antisemitism after a series of meetings between Hamilton Jewish Federation CEO Gustavo Rymberg and the mayor’s advisor of community relations, Christopher Cutler. Rymberg lobbied for Hamilton to join a growing number of Canadian provinces and municipalities in adopting the IHRC definition.

“Hamilton’s black and Jewish communities share the dubious honour of having the highest number of hate incidents and crimes,” Eisenberger told the HJN. “That’s reason enough in my view to at least highlight, once again, those incidents and demonstrate to the community at large that we’re paying attention to that, and hopefully the city staff and council will come together and adopt this broader definition.”

Childhood experiences informed mayor’s world view
Eisenberger told the HJN his views on antisemitism are rooted in growing up during the Second World War in Amsterdam in a family that was involved in the Dutch underground. Eisenberger’s father was arrested for his political activism and sent to a labour camp in Germany where he witnessed numerous atrocities. “Certainly that history was related to us at an early age and beyond, so that connection resonates with me very, very strongly,” he said.

Even after his family immigrated to Canada, Eisenberger remained sensitive to any form of discrimination, which, in those post-war years, was often directed towards Italian immigrants “who didn’t quite mesh with the Anglo-Saxon, puritan ethic that was very prominent then,” he says. “A lot of my friends were Italian and I remember witnessing and being angry about how they were being treated in school. They might have been in Grade 6 and were put into Grade 1. That discrimination made me very angry then, still with me today.”

Eisenberger pointed to “a lot of racist hate comments” his office received after the city welcomed more than 1,000 Syrian refugees in 2015, asking why the mayor wasn’t in favour of Canadians as opposed to “other people.”

“I don’t see ‘other people.’ I see people who are running away from strife and harm and looking to do what we’ve all done, which is to find a place of respect and opportunity and community for them and their children,” he says.

“So the story continues in many different ways. The good news is that, in my view, that it’s still a minority of individuals that bear these racist, discriminatory tendencies. But it’s certainly something that we need to continue to guard against because that kind of division is the foundation of the kind of atrocity that was the Holocaust.”

Jewish community responds
On the day of the mayor’s announcement, Federation sent out a statement to the Jewish community, in which Rymberg and Federation president Jacki Levin wrote, “We are pleased to have worked closely with our partners at CIJA and in the mayor’s office to secure an endorsement of the International Holocaust Remembrance Alliance Definition of Antisemitism … the Jewish community continues to be the most frequently targeted group for hate crime, and … With this adoption, Mayor Eisenberger recognizes that need to actively combat antisemitism in our city, and leads the way as mayor of one of the largest cities in Canada to endorse the IHRA Definition.”

The Hamiton Jewish Federation also organized a Zoom call on April 5, during which leaders took the opportunity to express their gratitude to the mayor directly. “In a year when very few commemorations and celebrations were marked as they normally would be, Mayor Fred made sure that our city leaders took time last week to commemorate and reflect on the meaning of Yom Hashoah,” said Tom Weisz, adding that, as a child of Holocaust survivors, he had experienced antisemitism as a child and in his business life. He called the mayor’s actions “an important step towards recognizing and focusing on the recently increasing vile rhetoric and propaganda directed against our Jewish community which ... remains the most targeted minority group for hate crimes in Canada.”

Weisz called the mayor’s actions meaningful and comforting and praised him for his “leadership, support and understanding of the issues and concerns of Hamilton’s Jewish community.”