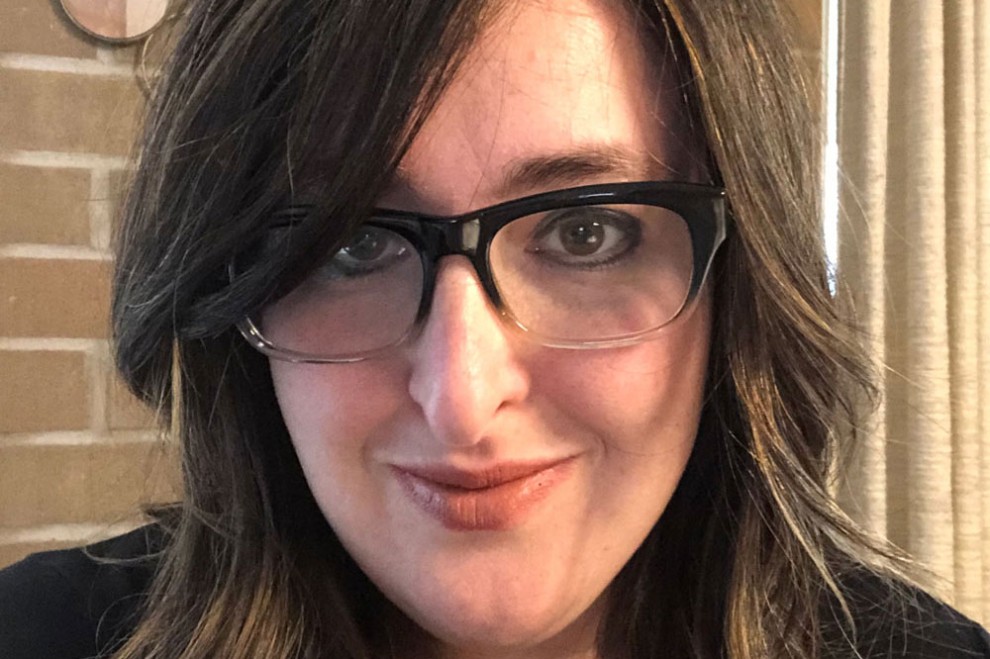 Walking through the kosher aisle at the local LCBO, a beautifully decorated kosher Merlot Cabernet Sauvignon catches my eye. The old-English blue willow pattern on the label reminds me of the bone china place settings my family used for holidays and family gatherings when I was a child, each plate brimming with the most delicious traditional foods in plentiful quantities. This bottle stirs something inside me and ignites my senses. I can actually smell and taste the turkey, stuffing, brisket, green bean casserole and cranberry sauce. I can hear my grandfather making kiddush with his thick Polish accent and I can feel my grandmother’s soft touch as she places my tiny chubby hands over my eyes for the blessing on the candles.

I think to myself that the branding on this wine is inspired. In less than 10 seconds, it stirred something inside me that I have not felt in years. Ironically, the wine is called “Unorthodox,” which is how I would have described myself at the time of all of those warm memories. Now that I attempt to be “Torah observant,” my take on orthodoxy is a bit unorthodox. I find this play on words amusing. I have a unique mix of experiences and exposures to all different “sects” of Judaism, growing up with one set of grandparents at the Reform temple, another at the Conservative synagogue, and my own parents going to the orthodox shul. Throughout my life, I’ve experienced many different worlds within Judaism before I landed on my own unique “brand.”

I get home and unwrap the foil covering that surrounds the cork. Wait… it’s not a cork. It’s a twist top! I try not to judge by first impressions. A 2017 Merlot Cab with a fancy label can’t be that bad, right? I pour a glass and after smelling it, I decide to let it breathe. A half hour later I take a sip and spit it out. I’m not a wine connoisseur, but this wine is just not landing well. The beautiful label betrays its inferior product.

I have a similar visceral reaction as I watch Netflix’s new show “My Unorthodox Life.” I hadn’t intended to watch it, but the explosive reactions on social media piqued my curiosity. After the first five minutes, however, I realize this show is like the twist-top wine. It pulls us in, tugging at our heartstrings (and gag reflexes). The creators, it seems, were aiming for a strong reaction.

It turns out I have something in common with the show’s protagonist Julia Haart. I was in the fashion industry for almost a decade, but chose to leave when the cost of success became more than I was willing to pay. One of the biggest lessons I learned during that time is that there are generally higher profit margins in the mass-market than there are in high-end. Cheap wine has the potential to earn higher profits than exclusive fine wine and mass-market clothing lines will generally see a higher return on investment than high-end couture designer brands. Companies that cater to the masses buy the cheapest product with the highest markup potential. This new Netflix show is intended to pique the interest of the mass market: An ambitious woman mixed with ethnic trauma, resentment and rage are highly marketable.

As someone who currently works in marketing, I see that, beyond the craziness and inconsistencies in the script, the series is a brilliant marketing ploy; but as someone who once worked in the fashion industry, I see someone who paid an unbelievably high price for her success.

I actually achieved much more than I dreamed possible in that industry before realizing that to push beyond the glass ceiling would have forced me to compromise my values even more than I already had. Instead I chose to redefine my vision of success with my values and faith in full focus. Julia Haart made different choices than I did. I’m not in a position to judge her.

We wouldn’t assume that all Merlots are inferior after tasting one cheap bottle, right? So why would we assume Haart represents anything but her own brand? No matter our religious or spiritual background, we each have our own mix of flavours, values, traumas and opportunities that make us unique in who we are, how we live and how we relate to our faith and others. While Haart may present legitimate concerns with a particular group, her show is missing significant nuance.

Haart took what she felt were spoiled grapes and made mass-market wine with an enticing label. Rather than “wine”ing over sour grapes, we can each choose differently for ourselves. We can identify our own values, assess our own risks, and chart our own course — while respecting other people’s right to choose differently.

Rebecca Shapiro is a communications and media consultant specializing in mental health and education.