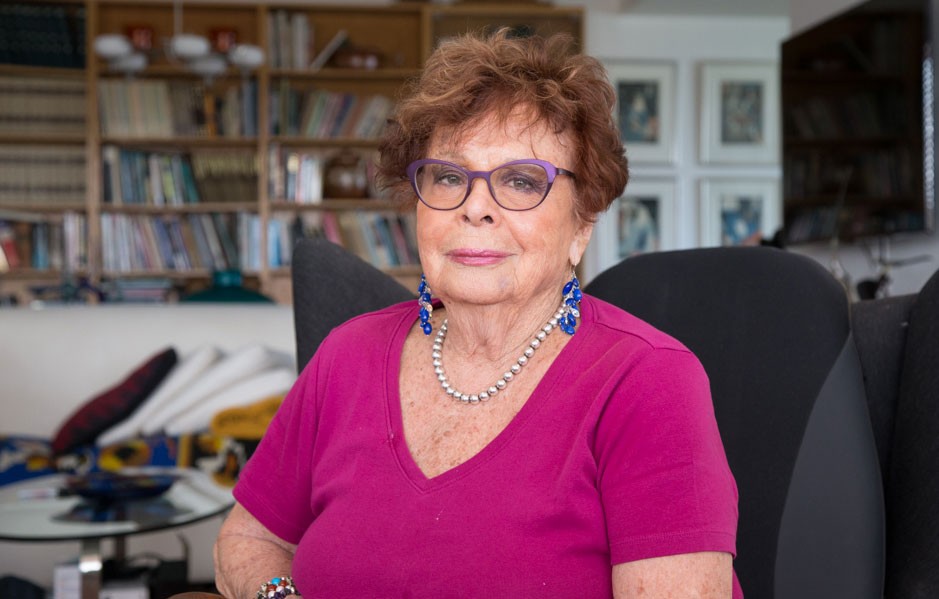 Brave, committed to helping others, creative teachers — and inspiring role models. Everyone is invited to celebrate four special women with these qualities who will be honoured at Na'amat’s Women of Inspiration event, Sunday, Nov. 20. The evening will raise funds to provide educational scholarships for Israeli women to help lift them out of poverty.

Imagine being 18 and fighting with the Palmach. That’s what happened to Batia Phillips. In 1945, Batia witnessed the British Navy as it ambushed concentration camp survivors in ramshackle boats, trying to reach Palestine.

Early one morning Phillips and her unit tried to meet up with the survivors at a secret landing spot to take them to safety, and although the British ambushed them, she and her fellow fighters managed to save 80 people.

Years later in Canada, Phillips took on a different kind of battle. Recently widowed, she founded a successful real estate firm, with the same energy and zest for life that she brings to her enthusiastic support for the arts — and her dedication to Na’amat.

Celia Berlin Leon was ahead of her time when, in 1983, she founded Temple Playhouse. Two years earlier, Berlin Leon had moved from England to Hamilton and soon after, found herself a single parent, supporting her mother as well as her two small children.

Working several jobs, she rented space from Temple Anshe Sholom and single-handedly funded the preschool, while her mother (known to all as Nan) worked with her. Berlin Leon developed her unique and creative curriculum where children took turns on Fridays to be ‘Abba’ and ‘Ima’ as they welcomed Shabbat — along with a cultural education few thought to teach at pre-school level at that time. This included learning about Mozart, Einstein and famous artists.

Temple Playhouse has won several awards, including being voted one of the city’s handpicked top three preschools and nominated repeatedly for the annual Hamilton Spectator Reader’s Choice awards.

But if you ask Berlin Leon, probably the biggest reward is seeing generations of Temple Playhouse graduates bring their children back to Temple Playhouse. Her own daughter, Samantha, recently joined the Playhouse team full-time and her two teen daughters, Reese and Regan, regularly volunteer with their mother and grandmother.

How do you cope when you find yourself bringing up a special needs child and caring for an elderly parent?

For Sandy Morris the answer was to help others in the community. After caring for her dying mother, Sandy became a trained palliative caregiver at Shalom Village and she makes regular visits to comfort residents in their last days.

Morris also sits on the board of Beth Tikvah and on the community’s newly-formed SNAP committee for families of children with developmental challenges — as well as helping at Beth Jacob synagogue, where she’s a member.

The JNF office is on her volunteer list, and you may have heard Sandy’s voice on the phone when she makes calls for Federation donations every year.

Joy Zians is no ordinary Judaic pre-school teacher. Her young students at the Hamilton Hebrew Academy know that she’ll dress up, sing and create stories as her special way to excite children about Judaism and get them learning. No surprise that she recently won the school’s Teacher Award.

But as her email moniker — joybzee — implies, Zian’s day doesn’t end with the afternoon school bell. When she’s not preparing meals to give to those facing tough times, she’s volunteering at Shalom Village, Beth Tikvah (where she and Morris met), Federation’s SNAP committee — and helping with the food bank at Jewish Social Services.

Every Friday, Zians takes time to check in with shabbat shalom phone wishes to people glad to hear her cheerful voice, and almost every night she supervises women at the Mikvah.

Zians is also part of the Chevra Kadisha, preparing bodies for burial, a very difficult task that most people wouldn’t be able to do.

Join Na’amat as we honour these four inspiring women — and at the same time help to change the lives of women in Israel.